Once complete, the expansion will add 95 beds to the existing facility

Clermont, FL (December 8, 2022) – Orlando Health South Lake Hospital, Lake County elected officials and community members celebrated another major milestone in the construction of its new, 95-bed patient tower. The hospital’s 75th anniversary, which was first celebrated earlier this year, was also commemorated during the event with the sealing of a time capsule. Physicians, nurses and team members filled the time capsule with photos, memories about Orlando Heath South Lake and letters to the next generation of healthcare workers.

“This an exciting milestone for our hospital and the community,” said Lance Sewell, president of Orlando Health South Lake Hospital. “Orlando Health South Lake Hospital has met the healthcare needs of the Lake County community since it was founded 75 years ago. The addition of our new patient tower is a continuation of our legacy and mission that first began in 1947 and will allow us to continue providing high-quality healthcare for decades to come as Lake County continues to grow.”

As part of the expansion, seven new postpartum beds were added to the Orlando Health South Lake Center for Women’s Health earlier this year. An additional four labor and delivery beds will be added in phase two of the project along with expanded women’s services to meet the growing healthcare needs of Lake County.

The expansion of Orlando Health South Lake is made possible in part by a $50 million grant from The Live Well Foundation of South Lake, an organization created to address healthcare needs in the community. The foundation meets these needs by partnering with local nonprofits to provide grants for healthcare-driven initiatives and has been in partnership with Orlando Health since its founding in 2019.

“We’re proud to partner with Orlando Health South Lake Hospital on such an important project for our community,” said Rodney Drawdy, LiveWell Foundation board of directors member and 2023 board chair-elect. “This expansion will provide individuals and families with access to preventative and emergency healthcare services right in their own community. We’re excited for the way this will positively impact the health and wellness of those who call South Lake County home.”

The project’s first phase included the realignment of Don Wickham Drive at Legends Way and Citrus Tower Boulevard. The realignment if Legends Way and Citrus Tower Boulevard will also have a stoplight to improve traffic flow. The completed tower will allow for an expanded intensive care unit and create more than 150 full-time hospital positions across all four floors. The expansion will generate more than 500 construction jobs and is slated for completion in early 2024.

Orlando Health, headquartered in Orlando, Florida, is a not-for-profit healthcare organization with $8 billion of assets under management that serves the southeastern United States.

Founded more than 100 years ago, the healthcare system is recognized around the world for Central Florida’s only pediatric and adult Level One Trauma program as well as the only state-accredited Level Two Adult Trauma Center in the St. Petersburg region. It is the home of the nation’s largest neonatal intensive care unit under one roof, the only system in the southeast to offer open fetal surgery to repair the most severe forms of spina bifida, the site of an Olympic athlete training facility and operator of one of the largest and highest performing clinically integrated networks in the region. Orlando Health has pioneered life-changing medical research and its Graduate Medical Education program hosts more than 350 residents and fellows. The 3,200-bed system includes 10 award-winning hospitals, 9 hospital based ERs, and 7 free-standing emergency rooms; rehabilitation services, cancer and heart institutes, imaging and laboratory services, wound care centers, physician offices for adults and pediatrics, skilled nursing facilities, an in-patient behavioral health facility, home healthcare services in partnership with LHC Group, and urgent care centers in partnership with FastMed Urgent Care. More than 4,200 physicians, representing more than 100 medical specialties and subspecialties have privileges across the Orlando Health system, which employs more than 23,000 team members. In FY21, Orlando Health served more than 160,000 inpatients and 3.6 million outpatients. During that same time period, Orlando Health provided approximately $648 million in total value to the communities it serves in the form of charity care, community benefit programs and services, community building activities and more. Additional information can be found at http://www.orlandohealth.com, or follow us on LinkedIn, Facebook, Instagram and Twitter @orlandohealth. 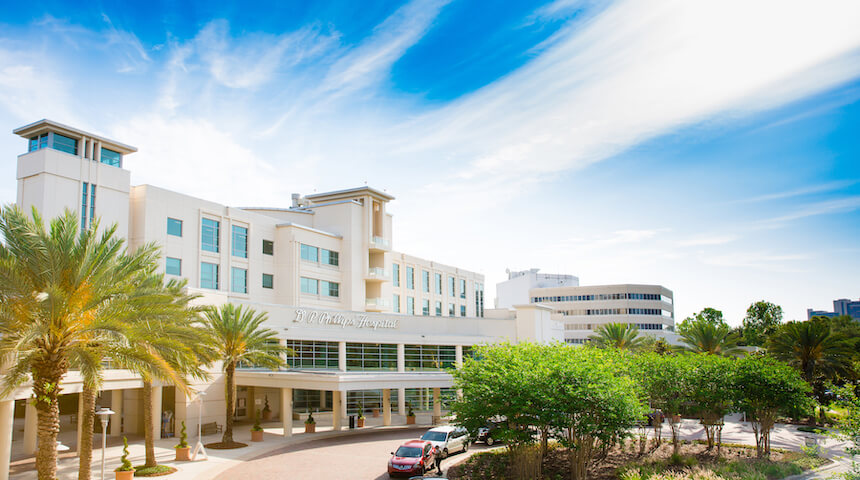 Information will update every 5 minutes. ER Wait Times are approximate and provided for informational purposes only. Estimated Wait Times as of: Thursday, February 2, 2023 12:28 PM